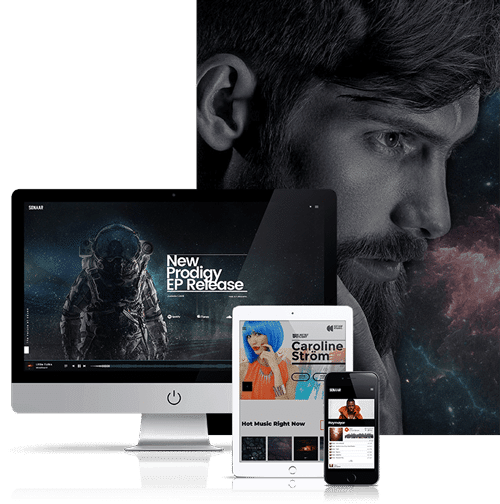 We are strategic thinkers, technical wizards, interactive designers and artists.

We are committed to usability, creativity, simplicity and authenticity.

Our award-winning music templates empower thousands of artists around the world. We provide stunning WordPress themes crafted for DJs, Artists, Music Bands and Record Labels. By offering beautiful and unique themes for the music industry and providing outstanding friendly customer support, we help our backers to build a strong brand awareness so they can engage more fans and followers.